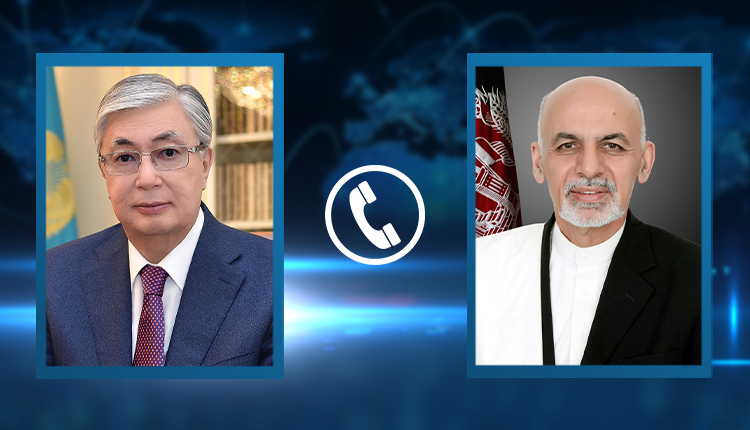 Kassym-Jomart Tokayev spoke with President Ashraf Ghani of Afghanistan by phone at the initiative of the Afgan side. The two leaders discussed the state and prospects of bilateral cooperation.

Afghanistan President expressed gratitude to Kazakhstan for its continued support to the intra-Afghan dialogue, effective and large-scale economic assistance to his country.

Kassym-Jomart Tokayev affirmed the immutability of Kazakhstan's course to fully support the Afghan state. According President Tokayev, Kazakhstan will actively take part at a high level in the work of international and regional forums on ensuring security and assisting Afghanistan in restoring its economy and social infrastructure.

Kazakhstan President noted that in order to intensify comprehensive ties with Afghanistan, he created the institute of a special envoy with the rank of ambassador-at-large.

The two presidents agreed to continue the dialogue on specific issues and areas of cooperation during a visit of a representative government delegation to Kazakhstan in the first half of 2020. President Ghani received an invitation to pay an official visit to Kazakhstan to build on the outcomes of negotiations of the government delegations and discuss the prospects for cooperation between Kazakhstan and Afghanistan.

By the Presidential Decrees: