Kassym-Jomart Tokayev received Indian External Minister Subrahmanyam Jaishankar, who arrived in Kazakhstan to participate in 6th Foreign Ministers meeting of the Conference on Interaction and Confidence-building Measures in Asia (CICA).

President Tokayev and Minister Jaishankar discussed the prospects for the development of multifaceted Kazakh-Indian relations in the political, trade, economic and investment spheres.

The Head of State told the Minister about the measures taken in Kazakhstan to combat COVID-19, efforts to stabilize the situation in Afghanistan and provide humanitarian aid to this country.

The President also noted the importance of restoring air traffic between the two states, which will give impetus to the further development of relations between Kazakhstan and India.

In turn, the Indian External Minister conveyed greetings to Kassym-Jomart Tokayev from Prime Minister Narendra Modi, who considers the Central Asian region as an important area of cooperation. In this regard, the Indian diplomat conveyed an invitation to the President of Kazakhstan to pay a visit to India next year.

At the talks, special attention was paid to overcoming the pandemic consequences. Minister Jaishankar conveyed to President Tokayev the proposal of the Indian side on mutual recognition of vaccination certificates, as well as stated India’s readiness to intensify cooperation in the area of pharmaceuticals and digitalization of the economy.

Kazakhstan President holds negotiations with the President of the European Commission 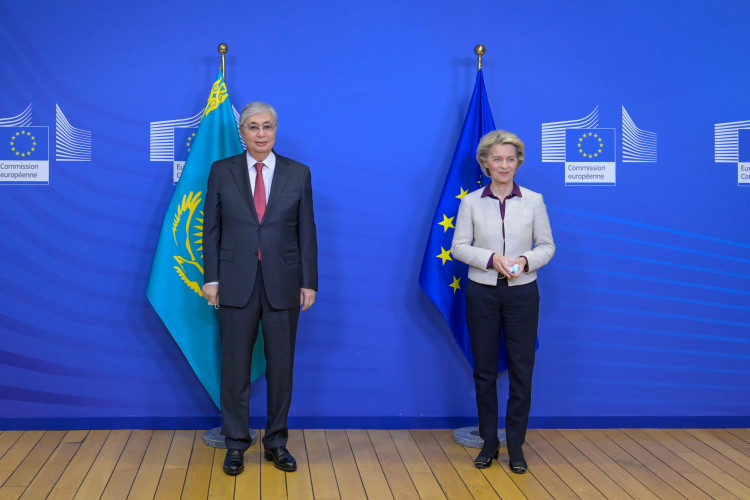